Lamp House Music is a fun, safe and creative environment for pupils to explore the wonderful world of music!

Tutors who work out of Lamp House Music must be professional, qualified, contemporary, patient, passionate and enthusiastic.

We value each pupil as an individual, tutors will consider and nurture each pupil’s ability, ambitions, personality, learning style and musical tastes

Should a pupil wish to take gradings or sit music exams, our music tutors are happy to provide support.

All Tutors teaching at Lamp House Music are PVG Certified. 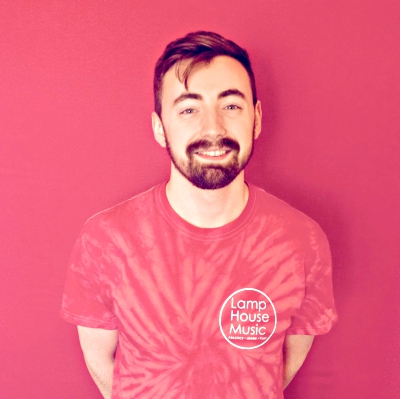 Callum is an Edinburgh College graduate, with a BA degree in Music.  Having played keyboard since 7 years old, Callum also went on to learn guitar and is now an expert in both.  In addition he has Grade 8 in Music Theory.

Since graduating, Callum has been tutoring pupils privately and also working for the Dads Rock Academy in Edinburgh, assisting children and their parents as they work towards their annual end of year show.

As a guitarist and keyboardist, Callum has built a respectable reputation in the industry, working in various genres including blues, funk, hip hop and electronica.

Callum has also worked as a guitar tech for bands including Idlewild, created music composition for a computer game and worked at WHALE teaching song-writing to pupils of all ages. Callum has performed at venues and festivals across Scotland in the indie/ska band, The Begbies. 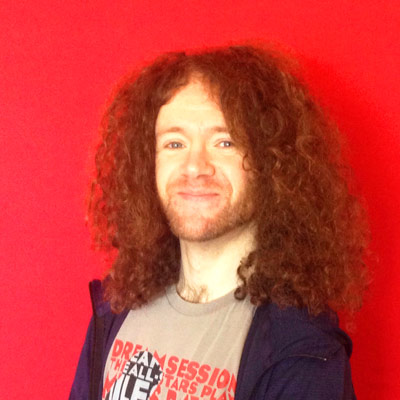 Chris is a professional musician who is experienced in teaching students with a wide range of ages, abilities and social backgrounds.  He has taught one-to-one lessons and also facilitated larger group workshops as a specialist youth worker for various organisations in the East Lothian and Edinburgh areas.

Chris is competent with numerous music genres, and the theory that goes behind them, including rock, pop and jazz.  He plays guitar and sings backing vocals for The Klones, a popular function band in the area, in addition to performing with various bands that write their own original music.

Chris is currently in his fourth year at Napier University, studying on the Popular Music course as a mature student. 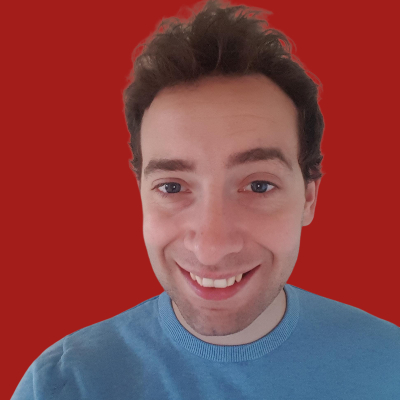 With 13 years experience as a music tutor, Bobby has taught all ages and abilities at Rookie Rockstars, The Rock Project and Falkirk Community Trust, plus in high schools, youth clubs and summer camps. His teaching is driven by the students’ wants and needs and he can guide a pupil through any stage of their musical journey.

As a professional guitarist, Bobby has amassed a broad portfolio which includes musical director and lead guitarist for Grammy-nominated jazz artist Andromeda Turre; as arranger and featured soloist in swing band Radio Pachuco, and leading the modern jazz outfit The Bobby Osborne Band plus theatre, studio and pit work.

As a composer, Bobby has written scores for film and museum exhibits for a variety of formats and ensembles. As a member of the band Kung Fu Academy, he released three E.P.s of original music to critical acclaim and toured throughout the country. 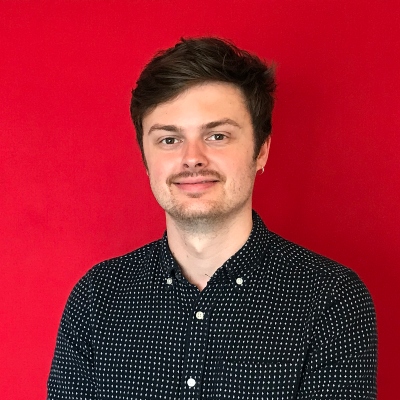 Duncan graduated from Edinburgh Napier in 2018 with a BA(Hons) in Popular Music, his focus there was Guitar Performance, Studio Recording/Mixing and Music Composition. Over the years, he has developed a keen interest in beat-making, live looping, synthesis, sampling, sequencing, rhythm, harmony, arranging and production.

Working in the festival and theatre circuits, Duncan has played in the orchestra pit as a guitarist for many productions and musicals, he has also worked as a Music Assistant throughout East Dunbartonshire with small and large music ensembles and has helped schools succeed in choir competitions.

Duncan believes that music theory is fun and can be used as a tool to inform the music making process.  He has taught music theory up to university level, helping those who previously struggled, from very basic theory through to its intricacies.

Duncan is incredibly passionate about music, believing it fo be life changing and everyone deserving of the chance to have a positive experience with it. 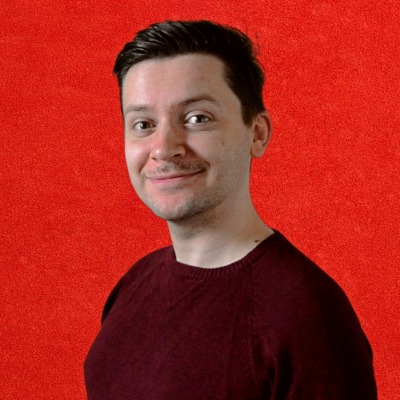 Filip is a Czech composer, conductor, and orchestrator now based in Edinburgh.

After studying at the Brno Conservatory in the Czech Republic, he continued in Composition at the Royal Conservatoire of Scotland from which he achieved First Class Honors.

Filip has been teaching piano, strings, and music theory at various institutions for the past 6 years to children of all ages and abilities, plus adults. Filip strives to understand each pupil as an individual, connecting with their own personal learning style and music tastes, and tailoring lessons to best encourage their progress.   He is happy to teach all genres of music in his lessons, from classical, to musical theatre to popular.

Filip’s a winner of the C4’s Composition Competition in New York City (2017) and the recipient of the Edinburgh Studio Opera Composition Award for the Best New Opera (2019).

In 2020, Filip was chosen by an internationally acclaimed composer and conductor Bright Sheng to serve as a Composition Fellow at the festival “Intimacy of Creativity” in Hong Kong. 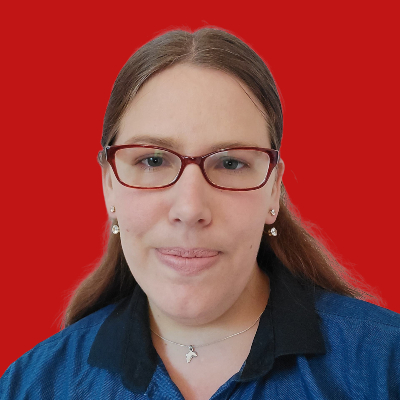 Adél has over a decade’s worth of experience in teaching music, having started in the profession shortly after graduating from high school.

Since then, Adél has achieved her Bachelors Degree in Music from The University of Kwa-Zulu Natal in South Africa, where she focused on Piano Pedagogy under the tutelage of the internationally esteemed pedagogue, Dr. Liezl-Maret Jacobs, while also studying violin under Violeta Osorhean, the associate concert master for the KZN Philharmonic Orchestra.

Adél was awarded her degree, with Distinction, in 2012 and continued to teach in South Africa until relocating to Scotland in 2020, where she has once again taken up teaching private pupils as well as teaching with Lamp House Music.

Adél prides herself in treating each student as an individual and utilising various learning styles in each lesson. She especially loves teaching beginners as she is a firm believer in the creation of strong foundations. Her lessons include elements of technique, theory and artistry. 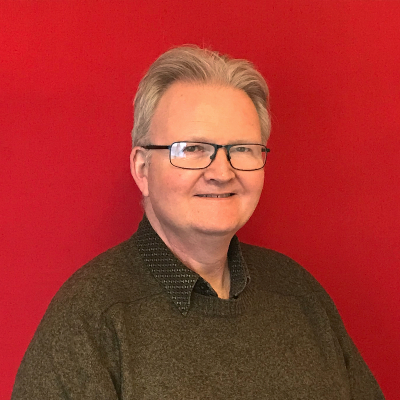 Donald graduated as a pianist from the RSAMD (now known as the Royal Conservatoire of Scotland) in 1989 with a B.A. Music Performance and since then has built a career covering many areas of the music industry.

He has taught the piano privately and in schools for over 30 years, in addition to his successful career as a music editor and typesetter.  Donald now works as a freelance music editor and typesetter, producing scores for many of the UK’s top publishers, accompanies two choirs in Dalkeith and Edinburgh, and has composed several books of celtic piano music, choral and instrumental music.

Donald’s approach to teaching is led by each student’s taste and although primarily a classically-orientated teacher, Donald enjoys introducing contemporary styles such as jazz and pop into lessons to keep things fresh and interesting, whilst always focussing on correctly developing a pupil’s technique. 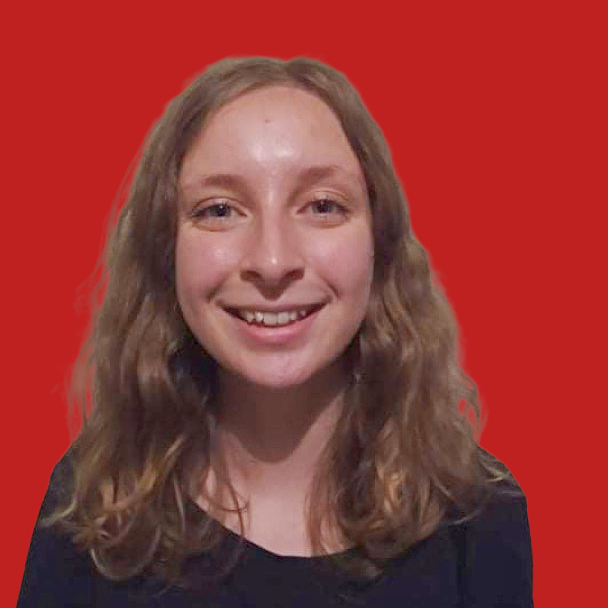 Annie is a professional singing tutor, vocalist and songwriter. Graduating from Edinburgh Napier University with an Honours degree in Popular Music, Annie has performed and written music for over 10 years.

Having taught many private one-to-one voice lessons in a variety of styles including pop, rock, soul and country, Annie’s teaching style is friendly and engaging.  With lessons paced at an appropriate level to the student – Annie is always keen to encourage each individual to truly enjoy their music and craft.

Annie can also support those who would like to get started or build confidence with their songwriting. Having experience of writing within folk, indie, pop and soul – and an in-depth understanding of elements such as melody, harmony, lyrics and arrangement – Annie is well-placed to help pupils develop their songwriting skills.

Annie has recorded original material with lead and backing vocals, guitar and keys for many years.  With an album and many EPs to her name, she frequently performs across Scotland, has appeared at Quay Sessions, STV2 and XpoNorth and had airplay on BBC Radio 6, BBC Radio Scotland and Amazing Radio.  In addition to her own material, Annie has performed at many weddings and events as a function singer. 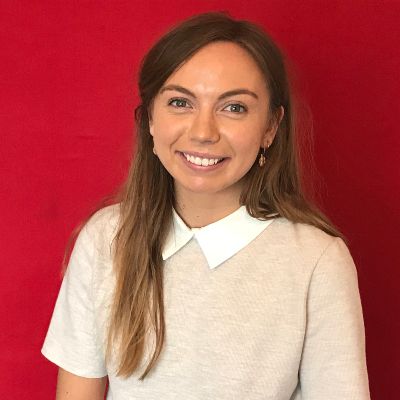 Shuna studied music at Edinburgh College and Abertay University and has a BA Honours Degree in Music Performance. Shuna is an experienced songwriter and performer and has been gigging as a solo artist for over 6 years, as well as performing in other bands.

She has a real passion for music and wants to share that passion and enthusiasm with her students. Shuna’s lessons are relaxed and intended as fun and enjoyable for everyone.

Shuna’s music styles lie within the blues, pop and soul but she is happy helping students with any of their preferred genres of music. 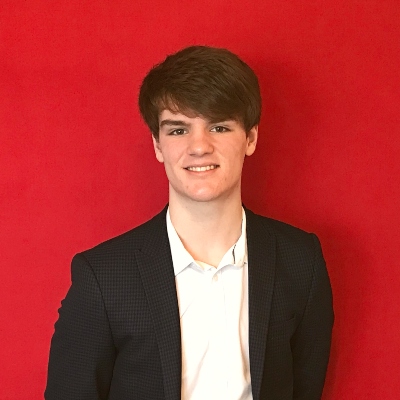 Originally from Motherwell, Eamonn now lives in Edinburgh, studying BA Popular Music at Napier University.  Eamonn has first-hand experience of sitting exams with drums as a first instrument, having himself obtained A’s in National 5, Higher and Advanced Higher Music, and having also worked with many drum pupils studying the Rockschool syllabus, Eamonn is perfectly-placed for supporting and guiding students through exams and gradings.

Having amassed a wealth of knowledge from his own drum teacher (and then having exhausted his repertoire – moved on to the teacher of his drum teacher!), Eamonn is hugely enthusiastic and passionate about playing drums.  He loves to share this expertise with pupils of all ages and stages, which he does in a patient, mature manner with lessons tailored to the individual and their goals.

Eamonn also has a love for computers, and combining this with music, has mastered and can teach a broad range of music technology skills.  Eamonn can help pupils learn simple or complex ways in which to use Logic and Garageband, to include songwriting/music making, recording audio, using the programs’ extensive sounds’ library, effects, plugins, samplers etc to go from a song idea in your head to a completed piece of music.

Eamon is the drummer in indie rock band ‘Luna The Professor’, who were listed in Jim Gellatly’s ’10 for 2020′ and have played in venues all across Scotland, plus have had more than 70,000 streams on Spotify for just one song!

Find out more about Music Lessons at Lamp House Music

Our site uses cookies so we can provide you with the best experience. Find out more.